THE GHOST TIDE
curated by Monika Bobinska and Sarah Sparkes 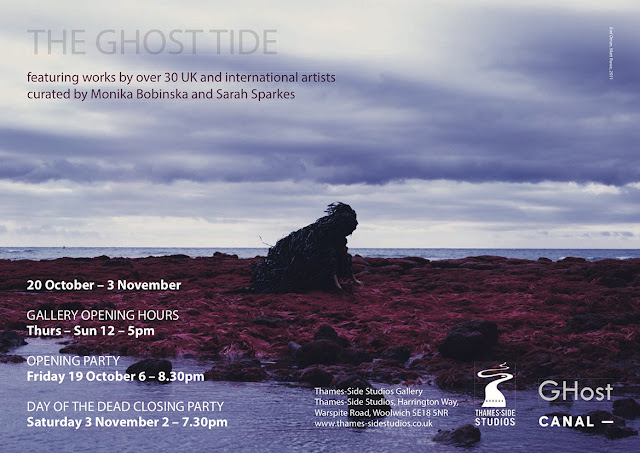 The Ghost Tide - coinciding with the festivals of Hallowe'en, All Souls and the Day of the Dead - takes as its starting point the perspective that ghosts exist as an idea, or as part of a belief system, across cultures, across national borders and throughout recorded history. Most languages contain words to describe the ghost, spirit or immaterial part of a deceased person. Often, these words - like the type of ghost they describe - have traversed borders and been assimilated across cultures.
The exhibition, situated next to the Thames Barrier in South-East London, evokes ghosts as a migratory tide, washed up along the shore of the Thames their historical baggage in tow. It also explores the presence of artists in this part of London, as a migratory tide of creative flotsam and jetsam which ebbs and flows as the city gentrifies and develops.

Featured works include sculpture, installation, film, sound, performance and wall based works. The exhibition will include installations and outdoor interventions, as well as public events. The Ghost Tide features works by over 30 UK and international artists.

About the Curators: Monika Bobinska is the director of CANAL, which organizes exhibitions and art projects in a variety of settings. She is the founder of the North Devon Artist Residency.
Sarah Sparkes is an artist and curator. She leads the visual arts and creative research project GHost (initiated in 2008), curating an on-going programme of exhibitions, performances and inter-disciplinary seminars interrogating the idea of the ghost.

You can see more paintings from 'The Way Home' series here 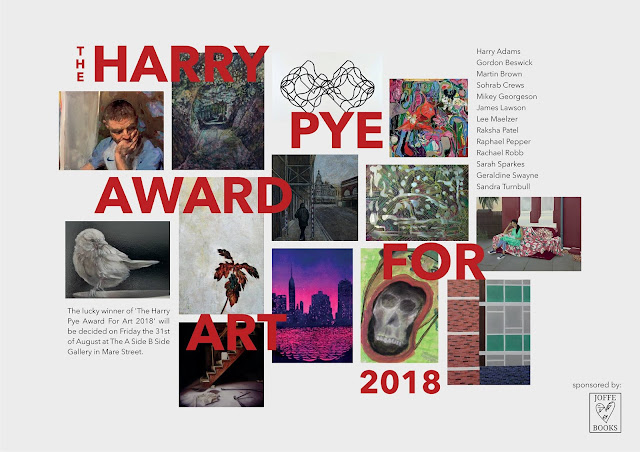 Read more about The Harry Pye Award for Art here.

BEYOND Residency - The Cosmic Pond

Sparkes & Thompson have been selected for a residency at Allenheads Contemporary Arts in Northumberland, UK as part of the BEYOND project.

In May and July 2018, Sparkes & Thompson will be artists in residence at Allenheads Contemporary Arts.  Our mission, to create sonifications of the invisible interacting forces that connect space and time in and around the North Pennines Observatory. The adjacent reservoir will be transformed into the Cosmic Pond, where aquatic lifeforms can be heard responding to the celestial rhythm of the dark skies above.

We will invite visitors to join us collecting data, sounds, images and narratives from various locations around Allenheads, recording night-time activity at the Cosmic Pond with portable sound recorders and hydrophones. Visitors can also take part in nocturnal sound walking and nature recording.
Check the Sparkes & Thompson news page  for project updates.

BEYOND is an ambitious project involving an eclectic mix of artists, curators, scientists and audiences to take advantage of its new on-site astronomical observatory and to consider the word BEYOND as an open ended starting point for discussion, research and the creation of new work.
Find out more here: BEYOND

Posted by Sarah Sparkes at 04:34 No comments:

I was delighted to be one of the commissioned artists invited to develop new work in response to the Inspiral London Project.

There are two parts to my commission:


I have made a new film, Inspiral Ghost Dance which celebrates the Inspiral London collective. Please contact me if you would like to view it.


I curated GHost Hostings 19, an evening exploring night walking ghosts, for the opening night of the Inspiral London Festival. You can read more about it on the GHost website.


Inspiral London
Inspiral London is an artist devised walking trail, which anyone can follow. It leads from the centre of London and spirals outwards to Gravesend. It took three years for us to walk it. The 2018 Inspiral London Night Walking Festival is in part a celebration of the conclusion of this first phase of the project.

The Inspiral London festival of nocturnal walking, offers 4 days of curated walks, art, talks and exploration across North Kent starting at the end /beginning of the Inspiral Trail. By reimagining the long-distance night walks of Dickens – from central London to Gads Hill – Inspiral takes you on a journey of wild, ludic and untrammelled adventure..

GHost is back to host two nights of cult ghost and horror films for Camberwell Free Film Festival 2018.
We return to our favourite venue, Jazz Live at the Crypt, located in the crypt of the Victorian gothic St Giles in Camberwell.  The bar is open throughout the screening.  This is a free screening, but seats are limited so arrive early to avoid disappointment. 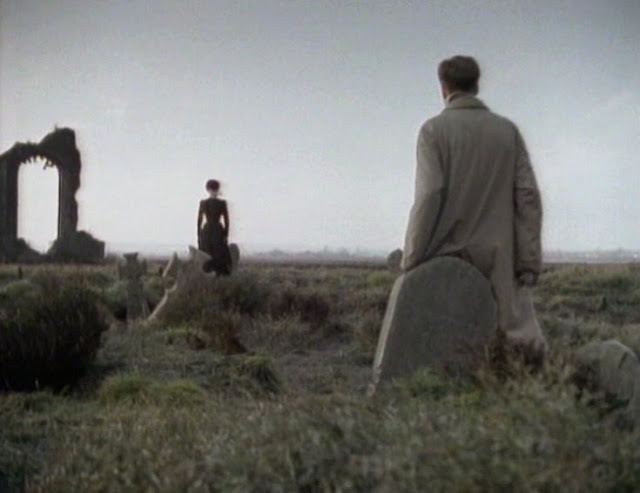 "The most terrifying programme I’ve ever seen" Reece Shearsmith

When a friendless old widow dies in the seaside town of Crythin, a young solicitor is sent by his firm to settle the estate. The lawyer finds the townspeople reluctant to talk about or go near the woman's dreary home and no one will explain or even acknowledge the menacing woman in black he keeps seeing.

Ignoring the towns-people's cryptic warnings, he goes to the house where he discovers its horrible history and becomes ensnared in its even more horrible legacy.

This Central Television production of The Woman In Black, adapted for TV by Nigel Neale from Susan Hill's classic horror novella was broadcast on Christmas Eve in 1989 and repeated only once in 1994. However, the film is often held up as one of the most potent, paralysingly spooky screen adaptations of a ghost story ever made.The film has been described by Reece Shearsmith (League of Gentleman) as “the most terrifying programme I’ve ever seen”. Without giving away any spoilers, there are some shocking moments in this TV adaptation which will linger in the memory of anyone who sees it. 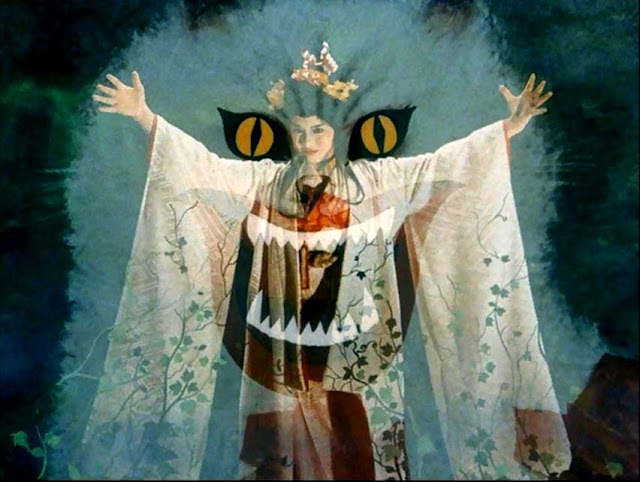 'One of the Weirdest Horror Films ever Made' - Taryn McCabe Little White Lies.

An unforgettable mixture of bubblegum teen melodrama and grisly phantasmagoria, Obayashi’s deranged fairy tale Hausu (House) is one of Japanese cinema’s wildest supernatural ventures and a truly startling debut feature. Adapted from an idea from Obayashi's young daughter, the film looks like a psychedelic, nightmare version of a children's ghost hunting adventure, but there are sophisticated undercurrents that hint at the dislocation in Japanese culture pre and post second world war.

Distressed by her widowed father’s plans to remarry, Angel sets off with six of her schoolgirl friends in tow for a summer getaway in her aunt’s isolated mansion. But all is not well – in this house of dormant secrets and cobwebbed interiors long-held emotional traumas have terrifyingly physical embodiment and the girls will have to use all their individual talents if any are to survive.
A roller-coaster ride without brakes, House is by turns sinister, hilarious and curiously touching, with ceaseless cinematic invention and a satirical, full-blooded approach to the horror genre
(from Eureka Masters of Cinema Series)

Trailer https://www.youtube.com/watch?v=R6BMehj59co
Posted by Sarah Sparkes at 15:22 No comments: